Back after a long break:

Its been a week since I wrote a post, thanks to my broadband connection not working for a whole week. I never imagined I would be so miserable. My blackberry too wasn't of much help :( Anyway now that I'm back, have lots to share.
Gaurav's Birthday was fun on the 19th and we always plan a party to bring in his birthday, but this time Gaurav decided that he wanted nothing too fancy, so we had his brother and my sister over and a last minute surprise , an old school friend. I baked him his favourite plain vanilla flavoured cake, which I had to twice cause I goofed up with the temperature of the oven :) It was one of Nigella Lawson's recipes I'd seen on television a couple of months ago. I figured later though that lemon flavour would've been much better than the strong vanilla flavour. But, everyone loved it. Must share it with you all some time. Gaurav loves traditional Indian food so that was the menu for dinner. Roopa called in late in the evening to share a quick recipe of cauliflower manchow, cause  she knows cauliflower is his favourite :) Yup, I know you're surprised, but yeah, cauliflower is what I end up making twice a week because Gaurav loves it so much.
After a couple of beers, we eventually ended up shifting all the furniture in the living room and converting it into a dance floor. We finally went to bed at 4.30 in the morning.Here's some glimpses of the great time we had 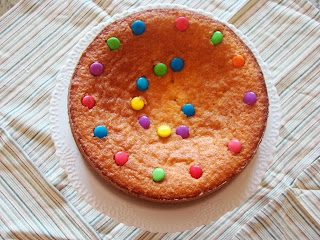 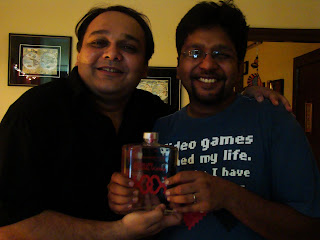 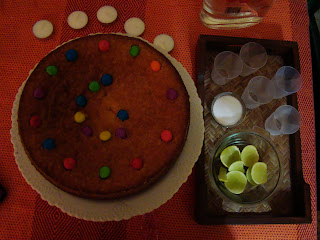 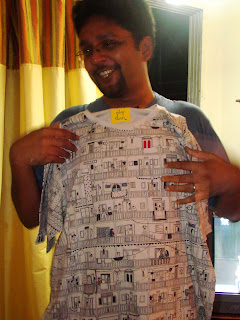 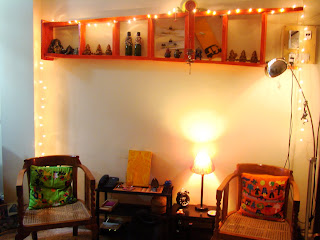 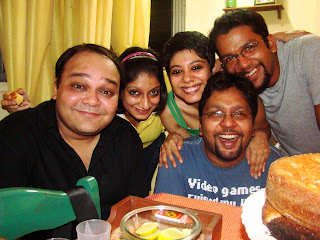 The gang
On his birthday, the four of us had a nice quiet dinner with a few friends at Soul Fry in Bandra, a restaurant known for its sea food menu. So thats the last of the birthdays in the family :) Am so thrilled that Gaurav had a great time. Love you Honey.
Enjoy the pictures you all :) XOXOXOXOXO
Posted by Runa at 12:01 AM